The Clarion Call To Arms

We are at war. A war without borders, where no man is exempt but where most haven’t recognized, let alone been trained, to fight. Casualties often go unseen, but very few are left unwounded. The Enemies encamped against us seek to rob us of our Dignity–the essential Dignity of the Human Person, being made in the Image and Likeness of God.

The fight has now come full force. What was once done in darkness is now celebrated in the light. Yet, where before we may have been blinded, God’s Unfathomable Mercy is opening the hearts, the minds and the eyes of people of Faith. Our Lady’s Clarion Call–the call once trumpeted at Quito, LaSalette, Fatima, Tre Fontane and Akita– is upon us.

We, in the United States share the conviction, now seen and acted upon in the International community, to enter fully into the spiritual warfare we are facing and to pray for our respective nations at this watershed moment in history. We hear the clarion call of the Holy Spirit, through the Immaculata, and each of us sound the reply: “I’m Going In!”

Know Thy Enemy: The History Behind The Call

This truly international uniting of nations in prayer is reminiscent of Pope Pius V forming the Holy League of Nations and his command to pray the Rosary for victory during the 1571 Battle of Lepanto.  In that battle the greatly outnumbered Holy League was victorious against the Muslim invasion of Europe. That victory led Pope Pius V to establish October 7 as the feast of Our Lady of Victory, later renamed the Feast of Our Lady of the Rosary!

Pope Leo XIII had a vision in 1884 of an unleashing of Satan’s power for 100 years which inspired the prayer to St. Michael the Archangel.  Also in 1884, a young girl named Fortuna Agrelli was graced with an apparition of the Blessed Virgin Mary and given a special devotion. Our Lady said:  “Whoever desires to obtain favors from me should make three novenas of the prayers of the Rosary, and three novenas in thanksgiving.” That devotion is the 54 day Rosary Novena.  In the same year that the 100 year unleashing of Satan was revealed, Heaven provided us with the spiritual weapons of the Prayer to St. Michael and the 54 day Rosary Novena!

Today our battle is spiritual!  We continue to live in peace-less times with laws and court rulings in conflict with God’s laws; especially the disregard for the rights of the unborn, elderly and weak in our society and the attacks on marriage and family values. Society and many levels of government continue to demonstrate intolerance towards biblically based religious belief and practice.  In conflict with First Amendment constitutional rights, persecution of traditional religious expression has reached historically high levels.

Under the Mantle of
Our Lady of Guadalupe 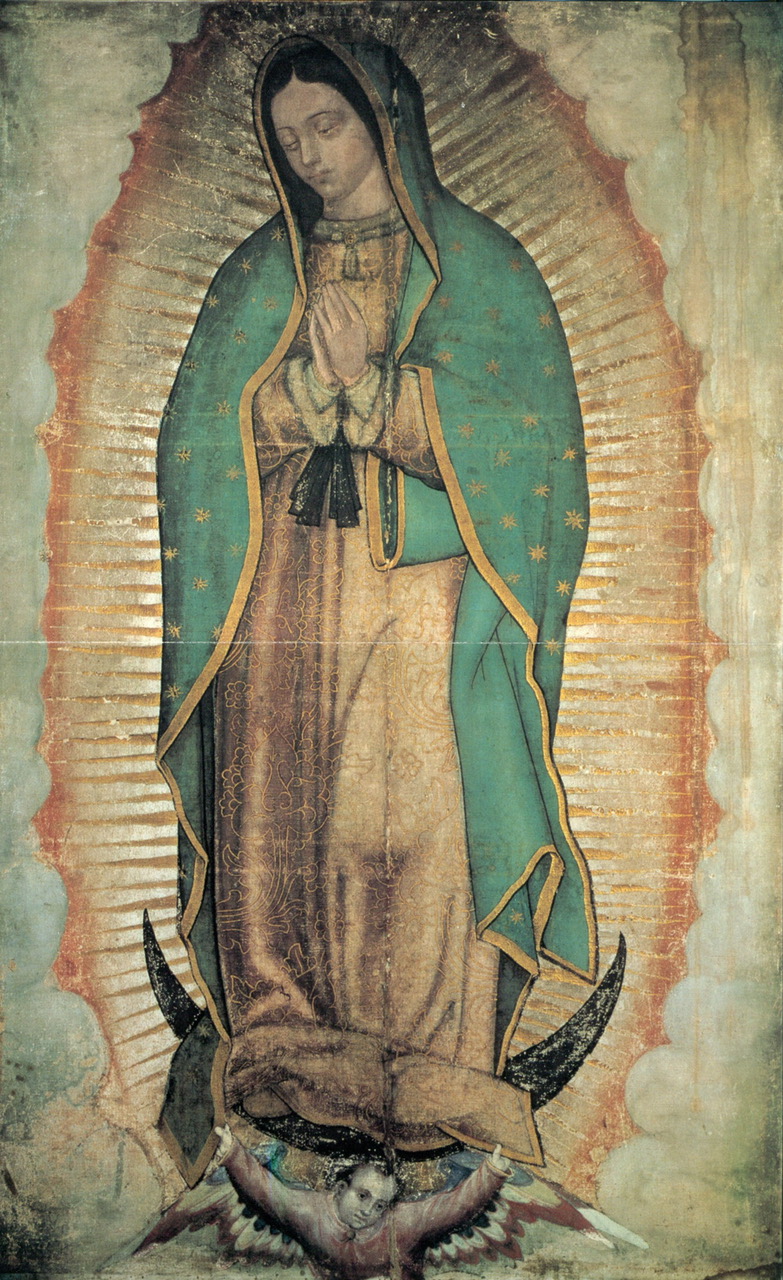